NFT art marketplace Nifty Gateway announced earlier in September that it will allow curators to open Shopify-like storefronts on its site and curate their own NFT drops. The beta program, named Publishers, will initially be limited to 50 selected curators, who will bring on artists of their choice.

The move comes amid a slump in the NFT market, with Nifty hoping that this initiative will help bring more artists, and therefore buyers, into its ecosystem. 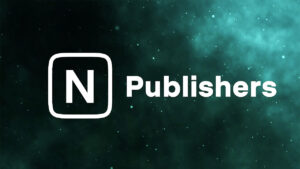 For its beta launch, Publishers has invited 50 curators to curate their own drops, using tools such as a no-code minting dashboard. Image: @niftygateway on Instagram

According to the company, it wants to empower people with a new way to earn money in the Web3 world — by helping them become NFT art curators. During the beta, Nifty has equipped selected curators such as The Mad Pups, Bryan Brinkman, and AJ Vaynerchuk with the same tools the company used to organize drops.

These Publishers will have access to a no-code minting dashboard, several payment options, and a variety of drop types (first-come, first-served releases, 1/1 auctions, open Editions, and more). “Publishers are going to have quite a powerful set of rules at their disposal,” Duncan Cock Foster, co-founder of Nifty Gateway, told nft now. An example might be setting up previous ownership requirements in order to mint an artist’s latest work.

Until recently, Nifty Gateway curated the NFT drops displayed on its website through events called Curated Drops. These will now be listed under a separate “curator” profile, putting the company in competition with other onboarded curators. The platform said that it plans to expand Publishers in the future, by letting artists themselves publish their own works, and by working with brands to release NFTs for loyalty or utility. According to Nifty Gateway, the launch of Publishers shopfronts will empower creators, while surfacing lesser-known names in the Web3 space. Image: Nifty Gateway

Unlike marketplaces like OpenSea, which cater to secondhand NFT sales, Nifty has carved out a reputation for high-quality NFT art drops. However, the platform has not been immune to the recent crypto winter. According to NonFungible.com, its daily sales for the past week hovered between $10,000 and $20,000, a far cry from a year ago when daily sales regularly broke $200,000.  This latest move could set a new direction for NFT artists and curators to survive the crypto winter, while leveling out the playing field between artists and tastemakers — and reviving Nifty’s fortunes.

The decentralized and permissionless ethos of Web3 is the opposite of the art world’s current framework, one in which a few selected art galleries and tastemakers have a monopoly over top artists’ earnings and success and act as gatekeepers to the rest.

Indeed, over the past year, as art world stalwarts like Pace and Gagosian embraced NFTs, while headline-grabbing auctions largely benefitted “blue-chip” artists and works. This has left the long tail of lesser-known artists to try and carve out a space for themselves. It is not so surprising, then, that many physical artists have turned to selling virtual works as NFTs: from 24-year-old painter Lana Denina to sculptor Cam Rackam, and even big names like Frank Stella and Olafur Eliasson.

With Publishers, Nifty effectively decentralizes the creative control it had over which artists would be featured on the site. This doesn’t mean instant success for those who drop NFTs via Publishers — but it does mean that more artists are likely to have their art seen, with curators bringing their existing audiences to the site.

“The NFT art world has become so large at this point, it’s essentially impossible for any one person or organization to know all the talent and artists out there. These collectors are going to be able to shine a spotlight on artists that we don’t even know exist.” — Duncan Cock Foster, co-founder, Nifty Gateway